After the blast – at the Sursock Palace and Museum in Beirut 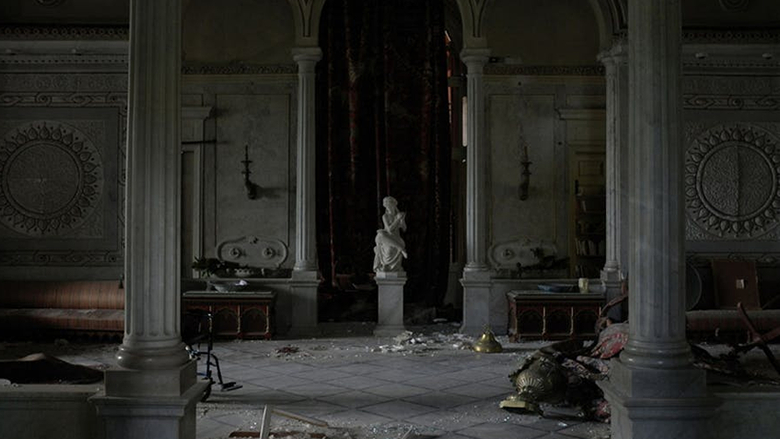 On 8 October 2015, the Sursock Museum reopened its doors, after seven years of being closed and a $12m renovation, with ‘Regards sur Beyrouth’, an exhibition of images of the city from 1800 to 1960. A significant section of the show was devoted to the port, which, in the 19th century, was the key to Beirut’s development as a link between the Mediterranean and the Arab hinterland. Among the families profiting from this flourishing trade were the Sursocks, who gave their name to an elegant neighbourhood known for its opulent mansions. In 1912, Nicolas Ibrahim Sursock (1875–1952) built a neo-Venetian palazzo, which he bequeathed to the city 50 years later to become the Sursock Museum.

Opposite the Sursock Museum stands the Sursock Palace, which has been inhabited without interruption since the 19th century, each generation contributing to the enrichment of its interiors. Alfred Sursock’s marriage to the daughter of Francesco Serra, 7th Duke of Cassano, encouraged him to acquire valuable Italian antiques and artworks. In 1981, Sir Denis Mahon published an article in Apollo revealing that Guercino’s Samson Captured by The Philistines had passed by descent from the Serras to Lady Cochrane, the daughter of Alfred Sursock and Donna Maria Serra. It remained in her hands until the late 1970s, when it was acquired by the Wrightsmans, who loaned it to the Metropolitan Museum of Art (they would donate the painting to the museum in 1984). 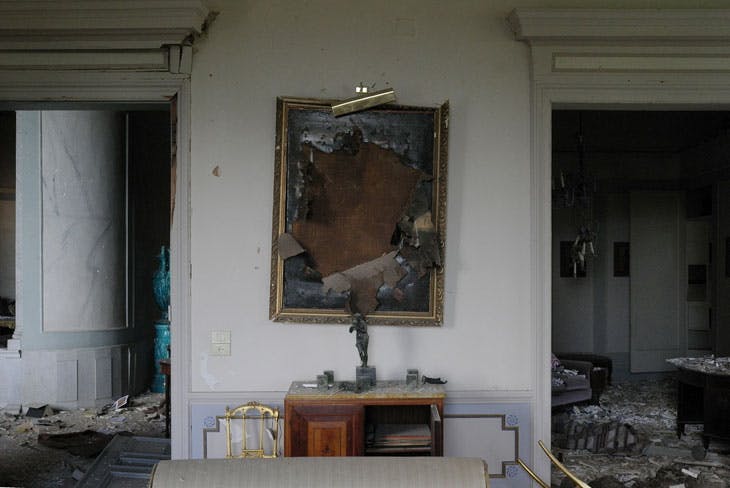 My master’s thesis at Paris Sorbonne under the supervision of Antoine Schnapper and Véronique Powell focused on the mansion’s 17th-century paintings. In the course of my research I attributed two canvases to Artemisia Gentileschi: Hercules and Omphale, dated to the early 1630s, and the Penitent Magdalene, probably from the 1640s. Other noteworthy works include a Visitation by Luca Giordano, Cleopatra by Andrea Vaccaro and Matthias Stomer’s Mucius Scaevola in the presence of Lars Porsenna. 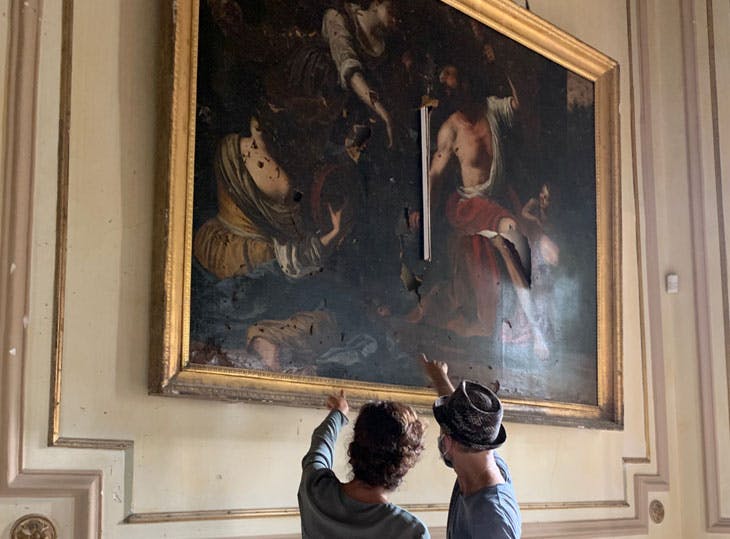 On 4 August 2020, at around 6pm, Lady Cochrane – who still lived in her family home – was gazing at a huge fire in the port of Beirut, 800 metres away at the foot of her estate. At 6.08pm, a double explosion that was heard as far as Cyprus created a mushroom cloud of smoke that radiated across the city. The blast killed 200, injured thousands and partially or completely destroyed the homes of 300,000 residents. This calamity was an additional burden for a population that has never recovered from the civil war of 1975–90 and was already enduring the worst financial and political collapse in the country’s history. The day after the catastrophe, I called on people among their relics. In one living room, nothing remained apart from entirely open surfaces from which one could fall 14 storeys to the ground. At another residence, our host pointed to a building nearby: ‘You see this white thing on the facade? Those are our curtains.’ At the Sursock Museum, where the portrait of Nicolas Sursock by Kees van Dongen had been ripped from one side to the other, its director Zeina Arida guided us around the basement. A folded black object made of iron was stuck to the ceiling, as if it were a modern sculpture, but it turned out to be a door. At the Arab Image Foundation, the cool storage room of the collection that holds 600,000 highly valuable photographs was entirely distorted. 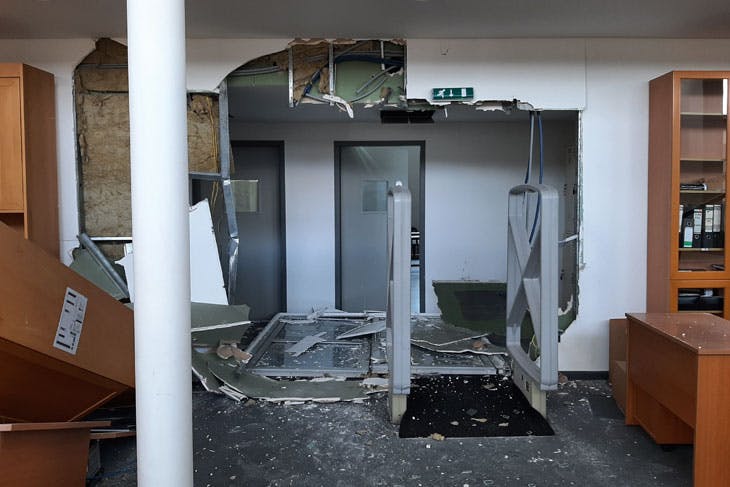 All the city’s art spaces have been damaged, to various degrees – even the Académie Libanaise des Beaux-Arts (ALBA), where I teach, which is 3km away from the port. Gaia Foudolian of Letitia Gallery and Firas Dahwish of Agial Art Gallery were killed. My ALBA colleague, the architect Jean-Marc Bonfils, who designed Galerie Tanit’s iconic space, died from his wounds after he filmed the fire from his upstairs apartment. Naïla Kettaneh, the owner of Galerie Tanit, told me how her home, also in that location, had been blown up. ‘We’ll say that the antiques grew a century older,’ she concluded. An art collector living nearby owned a photograph by Akram Zaatari depicting an explosion and another by Walid Raad, taken during the Israeli invasion of Lebanon in 1982. Both were smashed. ‘I remember talking about the scratches being in the world – here we are now,’ Raad told me. ‘What will we do about our pieces that dealt with the ruin and are ruined in their turn?’ asked Joana Hadjithomas and Khalil Joreige, who are among the many artists whose studio and archive have been torn in pieces. 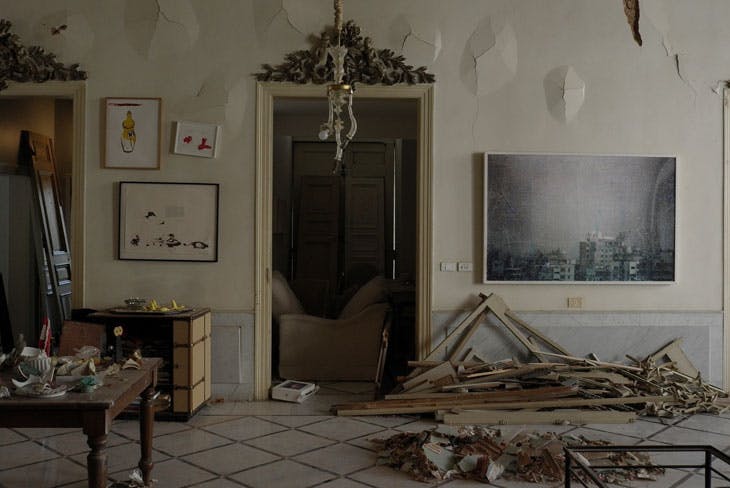 My first post-apocalypse visit to the Sursock Palace was six days after the blast. The edifice was wrecked yet alive with debris: folded carpets and broken columns lay on the floor while paintings hanging on the walls were displaying their wounds. It was like being in a painting by Hubert Robert. The Hercules and Omphale has sustained major damage – there are now holes, tears and losses of paint on the entire surface. In the library, the ceiling collapsed on the floor, leaving wooden panels and rare books exposed to the open air. The scene reminded me of a famous photograph taken at Holland House in London during the Blitz, of men in hats browsing the shelves in the wreckage. Trying to extract a painting that was crushed under piles of rubble, I felt like Sisyphus. After studying the Sursock-Cochrane collection, in recent years my research and art practice has concentrated on Beirut’s abandoned dwellings. In 2018, I exhibited this work for the first time at the Sursock Museum as a manifesto to overcome devastation and recover our city. Since then, everything has fallen apart. 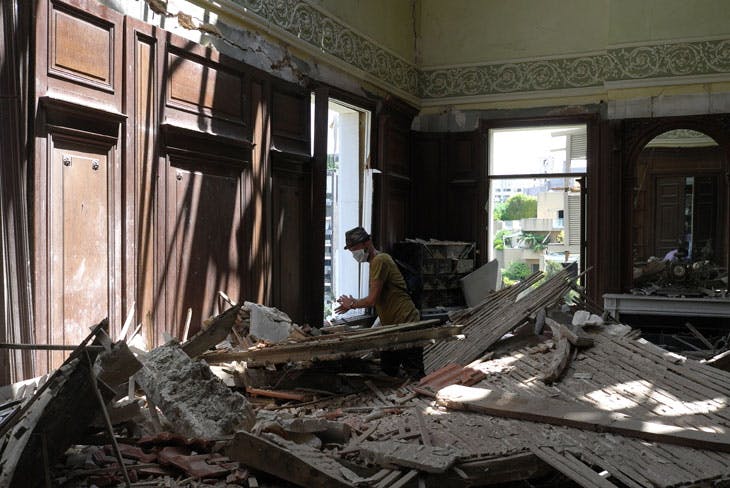 On 31 August, Lady Cochrane passed away. She was 98, but as Georges Boustany has written in a fine tribute: ‘Being 98 years old, it is not a reason to die, especially from criminal negligence or plain criminality.’ In 1960, Lady Cochrane founded the Association for the Protection of Natural Sites and Ancient Buildings (APSAD), to preserve the architectural heritage of Beirut. Her death also fell on the eve of the centenary of the state of Greater Lebanon – a coincidence full of symbolism, one that reminds us how long and tough our struggle to rebuild Beirut and its heritage yet again will be. However, first we shall rebuild ourselves. 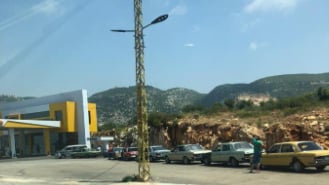 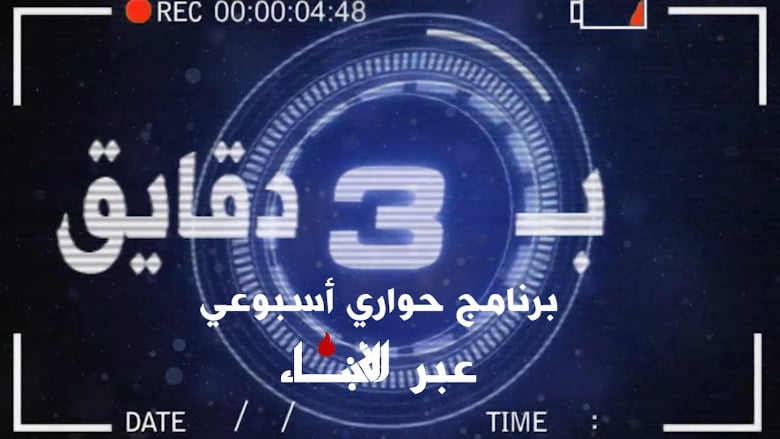 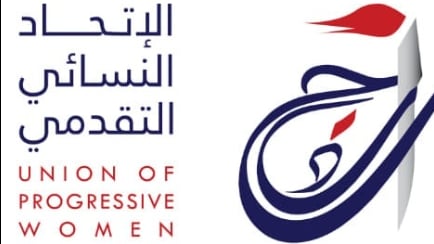