What Happens if Donald Trump Fights the Election Results? 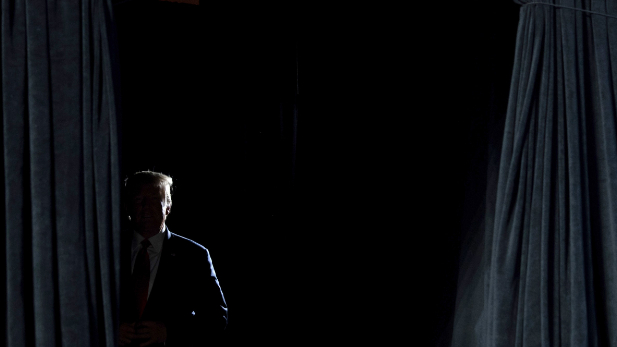 On the night of November 7, 1876, as the results of the Presidential election between Samuel Tilden, the Democratic governor of New York, and Rutherford B. Hayes, the Republican governor of Ohio, began to come in, America, in its centennial year, was barely holding together. Reconstruction was faltering. The economic collapse that followed the Panic of 1873 had left millions out of work, and provoked strikes and labor unrest across the nation. The outgoing Republican Administration of Ulysses S. Grant had been embroiled in a series of corruption scandals. A few months earlier, Sioux warriors had defeated General George Custer and his troops at Little Bighorn. Hayes, whom Henry Adams described as a “third-rate nonentity,” had earned the Republican nomination, in large part, by being the one candidate all factions of the Party could agree on. Tilden and the Democrats seemed poised for an easy victory. As the historian Eric Foner writes in “Reconstruction,” his history of the period, “political corruption and the depression became Tilden’s watchwords; issues many Republicans feared would suffice to carry the election.”

Before Election Day was over, it was clear that Tilden, who, in his previous career as a Gilded Age corporate lawyer and reorganizer of bankrupt railroad lines, had earned the nickname the Great Forecloser, would comfortably win the popular vote. He needed only a single vote in the Electoral College to put him over the top, and results were outstanding in Florida, South Carolina, and Louisiana, where white citizens routinely used violence, intimidation, and fraud to keep their Black neighbors, most of whom were loyal to the Republican Party of Abraham Lincoln, from voting. With the prospect of Democrats taking the White House through disenfranchisement at hand, Republicans moved to steal the election outright. “With your state sure for Hayes, he is elected,” Party leaders said in an Election Night telegram to their cronies in the three Southern states. “Hold your state.”

In Florida, the two Republicans on the three-person election board—Samuel McLin, the Florida secretary of state, and Clayton Cowgill, the state comptroller—systematically approved and rejected results, district by district, to swing the election in their party’s favor. “If the canvassing board had simply accepted all the local returns, Tilden would have prevailed by 94 votes,” Edward Foley, an election-law professor at Ohio State University, writes in “Ballot Battles,” a survey of disputed American elections. “In its decisive 2–1 rulings, however, the board selectively invalidated Tilden-favoring returns because of technicalities, while refusing to invalidate Hayes-favoring returns despite clear evidence of actual fraud.” In this way, a narrow Tilden lead was transformed into a narrow Hayes lead. Similar events unfolded in South Carolina and Louisiana. “The result was manufactured by a deliberate manipulation of the count,” Foley writes.

Democrats were outraged. What ensued is a mostly forgotten episode of American misgovernment that has lately been haunting Foley and other academics, as well as a loose network of bipartisan ex-officials, activists, and think-tank types, who are now contemplating the potential for a disputed election in the present day, at our own fraught political moment. The three Southern states in 1876 each sent Congress two pieces of paper, one from Republican electors certifying that Hayes had won the election, the other from Democratic electors certifying that Tilden had. The crisis these pieces of paper provoked, as Congress tried to reconcile their competing claims, pushed America’s constitutional order to its breaking point—or perhaps, looked at from another angle, it was a reflection of an order that had already broken down.

The Twelfth Amendment, which lays out the procedure for electing the President and Vice-President, says nothing about what Congress should do in the event that states send competing election certificates. Republicans controlled the Senate, and Democrats controlled the House. The two chambers established a commission to try to break the impasse. The dispute went on for months. (Back then, Administrations were inaugurated in March.) With Inauguration just days away and the prospect looming of a country with two people claiming the Presidency and no actual President, House Speaker Samuel Randall presided over a debate described decades later in a history of the crisis as “probably the stormiest ever witnessed in any House of Representatives.” Congressmen reached for their revolvers, and women in the gallery, “fearing a free fight,” ducked out of the chamber.

The tension broke only after William Levy, a Democratic representative from Louisiana who had been in on negotiations between the Southern states and Hayes’s camp, finally signalled that a deal had been struck. Tilden and the Democrats would concede the White House to Republicans, allowing Hayes to effectively steal back the election. Rising to speak in the House chamber, Levy called upon his fellow-Democrats “to join me in the course which I feel called upon and justified in pursuing.” The price that Democrats exacted from Republicans, though, was incalculably high: the drawdown of federal troops in the Southern states, the end of Reconstruction, and the consignment of Black citizens to a century of violent repression. “The negro will disappear from the field of national politics,” The Nation wrote at the time. “Henceforth, the nation, as a nation, will have nothing more to do with him.”

The Hayes-Tilden crisis was resolved, Foley told me recently, “at the expense of America’s commitment to its own citizens.” Unlike the 2000 election, between George Bush and Al Gore, where the dispute was contained in the courts, the 1876 dispute spilled out into the broader political system, and its outcome was openly determined by a naked struggle for power between the two ruling parties. “Because many of us have a living memory of 2000, we think that any election dispute is going to look like 2000,” he said. “Where, in fact, I think that kind of gives us a false sense of what might happen. I think there are now conditions in place that may cause this year’s election to be more like 1876.”

It has been difficult, throughout Donald Trump’s Presidency, to immediately know which of his declarations represent constitutional danger and which are merely attention-seeking bluster. “I think mail-in voting is going to rig the election,” Trump told Fox News’s Chris Wallace during a recent White House interview. When Wallace asked if the President was suggesting that he might not accept the results, Trump, with hands raised, replied, “I have to see. I’m not going to just say yes.” The President’s intermittent musings about postponing the November election have so reliably set off rounds of breathless news coverage that Marc Elias, one of the Democratic Party’s go-to election lawyers, was compelled to write a blog post in March titled “No, Trump Cannot Move the General Election.” Similarly, in response to the persistent speculation that an electorally defeated Trump would spend Joe Biden’s Inauguration Day holed up in the Lincoln Bedroom like Tony Montana at the end of “Scarface,” the Biden campaign in July issued a pithy statement saying, “the United States government is perfectly capable of escorting trespassers out of the White House.”

But Trump’s threats about rejecting the results come November are not idle. In 2016, Trump disputed the results of an election he won, ludicrously claiming that his popular-vote shortfall was the result of illegitimate ballots cast by millions of undocumented immigrants. Four years later, the President is at the head of a concerted effort to undermine public confidence in the upcoming election. Trump has denounced efforts to expand the mail-voting systems that will allow millions of people to cast their ballots safely in this pandemic year. He has ignored calls to provide election administrators with much-needed additional funding to safeguard voters, staff, volunteers, and the vote-counting process. And he has overseen the crippling of the U.S. Postal Service at a time when its work will be critical to the success of the election. “It’s just a question of overload,” Richard L. Hasen, a law professor at the University of California, Irvine, and the author of “Election Meltdown: Dirty Tricks, Distrust, and the Threat to American Democracy,” said. “We have problems with voting machines; we have problems with incompetent election officials. There is foreign interference. Layer on top of that the covid-19 crisis. Layer on top of that a President who is a norm breaker.” 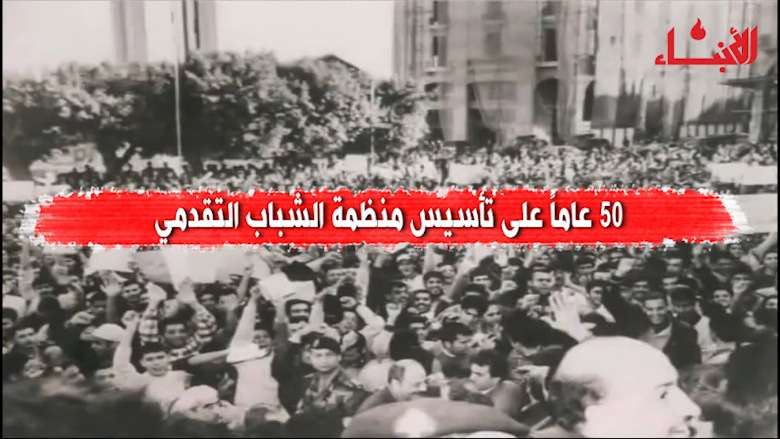 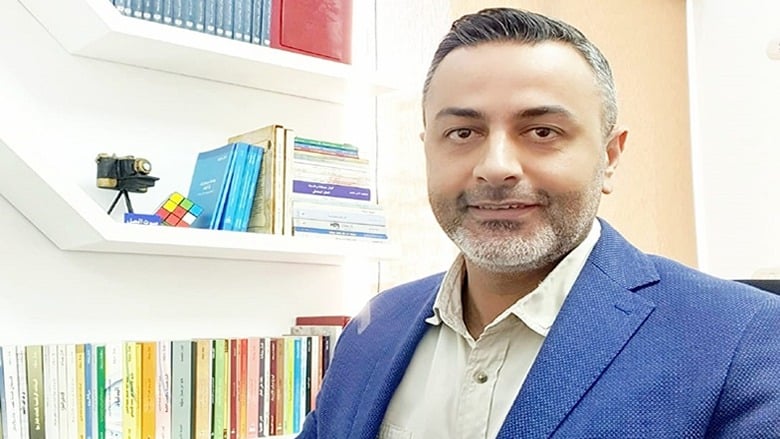 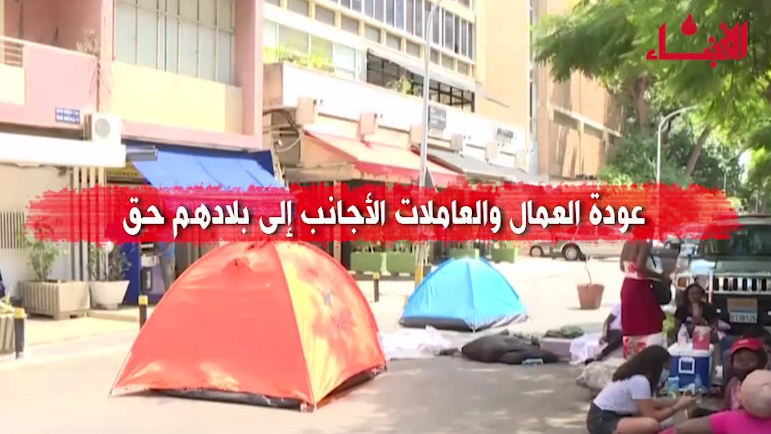