The Hidden Treasures of Nubia

Three thousand years ago, things were going badly for the Ramesside dynasty. In 1068 BCE it fell apart altogether, and its collapse marked the close of ancient Egypt’s greatest era. In the times that followed, Egypt was divided among four rivals who did unite over one issue: the land they called Kush, which today we call Nubia. The Kingdom of Kush lay south, in what is now southern Egypt and northern Sudan. Though the two lands often mutually benefited from trade, Egypt had been dominating Kush for more than 500 years. The collapse of central power in Egypt, viewed from Kush, looked like opportunity.

Egypt largely held its upper hand for another three centuries. But in 744 BCE Kushite King Piye had his best men swear their loyalty, string their bows, strap on swords, prepare the army's horses and sail for conquest down the Nile.

Piye devotedly worshipped the Egyptian sun god Amun Ra. He thus saw his victories as divine fate and favor—and so did the vanquished Egyptians. Piye took the Egyptian capital of Thebes and, the following year, advanced further downstream, sieging and subduing, accumulating vast treasure in tribute all the way to Memphis (near Cairo) and north into the Nile Delta. The crown he took as pharaoh he would wear for nearly 30 years until his death around 716 BCE.

It was the beginning of Egypt's 25th dynasty, the dynasty of four Kushite kings, sometimes called “the black pharaohs,” that would endure for 75 years. 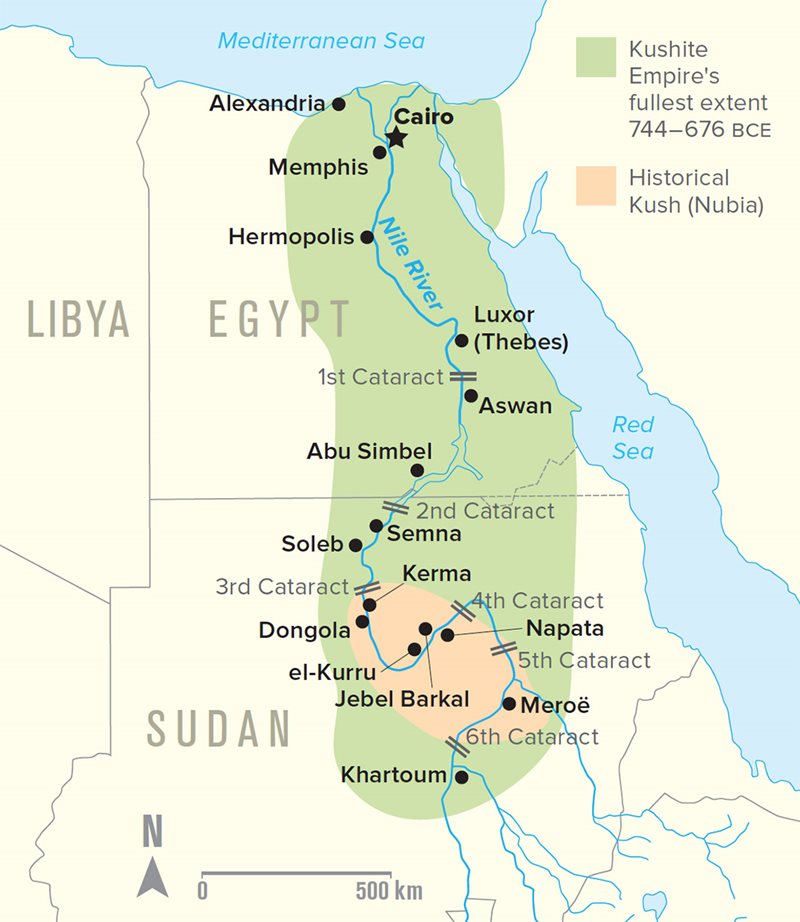 Much of what we know about Piye is thanks to his own victory stele, a stone slab more than two meters tall found in the Nubian royal cemetery at el-Kurru, near the Nubian capital of the time, Napata. We can read it because Nubia had yet to establish writing for its own language, and so Piye had his stele inscribed using the hieroglyphs of Middle Egyptian. His extensive narrative describes his victories over Thebes, Memphis and the string of cities along the Nile in between.

At times the detail is vividly personal, perhaps nowhere more so than in the description of Piye’s defeat of King Nimlot of Hermopolis, roughly halfway down the Nile from Thebes to the Delta. After succumbing to Piye’s siege, Nimlot proffered “much silver, gold, lapis lazuli, malachite, bronze, and all costly stones” and even offered Piye his royal wives and daughters. But Piye “turned not his face to them.”

What interested Piye far more were Nimlot’s horses, which Piye found poorly cared for. The account quotes Piye’s condemnation of Nimlot: “How much more painful it is in my heart that my horses have been starved than any other crime you have committed.” Piye took the horses, and Nimlot’s “possessions were assigned to the treasury, and his granary to the divine offering of Amun.” Of the women there was no further mention.

After victory, Piye did not remain to rule from Egypt. He returned to his capital at Napata, where his newly acquired wealth and power turned the city into an even greater center of trade, culture, jewelry and art and raised the status of the temple of Amun Ra at nearby Jebel Barkal. 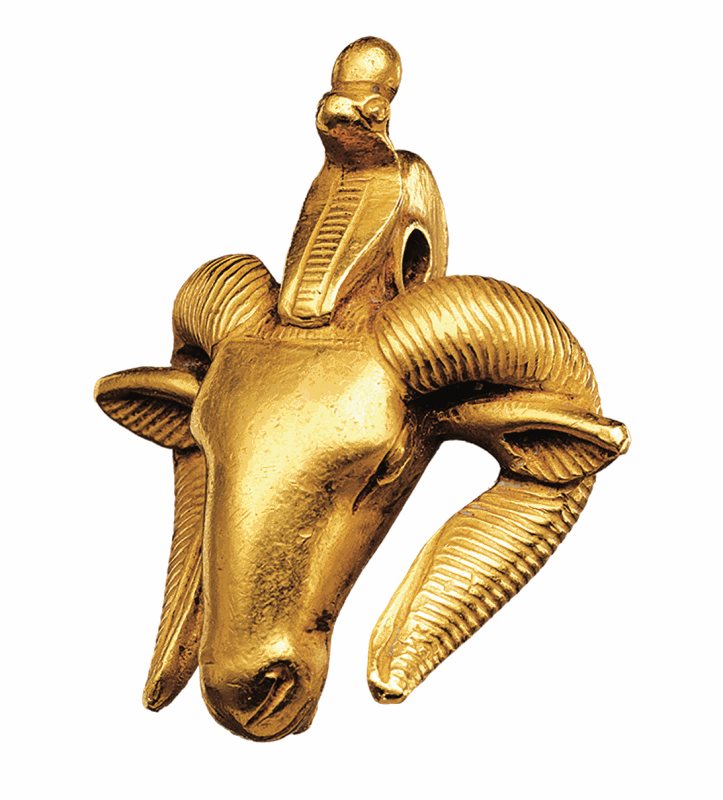 Piye’s conquest turned around the historical relationship between Egypt and Nubia, which relied fundamentally on trade. Egypt was rich in agricultural land. Nubia had virtually none. What Nubia did have was gold from mines in Egypt’s Eastern Desert. That Egypt had for so many centuries been the more powerful and plentiful of the two lands only further convinced Nubians that Piye’s victories were divinely ordained.

Gold was much sought by both Egyptians and Nubians. This was not only for wealth and prestige, but also for religion. Vivian Davies and Renee Friedman, authors of Egypt Uncovered, explain that gold “was not simply a precious commodity … The color of the sun, untarnishable, unaffected by time, gold was the symbol of eternity. Transformed by ritual, gold became the flesh of Ra and other immortal gods.”

The gold of Piye’s Nubia was particularly fine. Both Nubian and Egyptian goldsmiths took advantage of its malleability to craft intricate replicas of animals and gods.

Denise Doxey is curator of Ancient Egyptian, Nubian, and Near Eastern Art at the Museum of Fine Arts, Boston, which holds one of the world’s largest collections of Nubian artifacts and last year mounted the exhibition, Ancient Nubia Now. She says Nubian jewelers not only created works as accomplished as those of their Egyptian counterparts but, in some ways “surpassed the Egyptians in terms of their inventiveness, ingenuity, and willingness to experiment.” The intricate designs often feature Egyptian deities, who took the form of powerful animals such as rams and lions.

“They are among the most sophisticated and beautiful pieces of jewelry created in the ancient world,” she says.

One of the most popular, spectacular pieces in the collection is a delicate gold pectoral depicting Isis, wife of the ruler of the afterlife, Osiris. Fashioned about 100 years after Piye using several goldsmithing techniques, it is clearly the work of a master craftsman, Doxey says, who also points out an equally remarkable, small, rock-crystal pendant capped with a detailed figure of Hathor, goddess of protection for women.

The pendant, she says, was discovered at el-Kurru in the tomb of one of King Piye’s queens. Little is known about the queens, and Piye may have had three or as many as six. All were buried at el-Kurru, surrounded by gold and other items of wealth, in steep-sided pyramidal tombs.

Piye himself died in 716 BCE. Buried also at el-Kurru were his four favorite horses, standing upright, draped in nets of fine beads. The two kings who followed Piye consolidated his conquests in Egypt and settled in Memphis, from where they ruled both Egypt and Nubia.

Piye’s son Taharqa, declared the fourth Kushite pharaoh, proved the last. In 676 BCE Assyrians invaded Egypt from the northeast. Taharqa retreated to Napata, where he spent his remaining years erecting temples, shrines and statues throughout the upper Nile Valley and making an architectural showpiece of Jebel Barkal, the Nubian holy mountain they believed to be the real birthplace of Amun Ra. 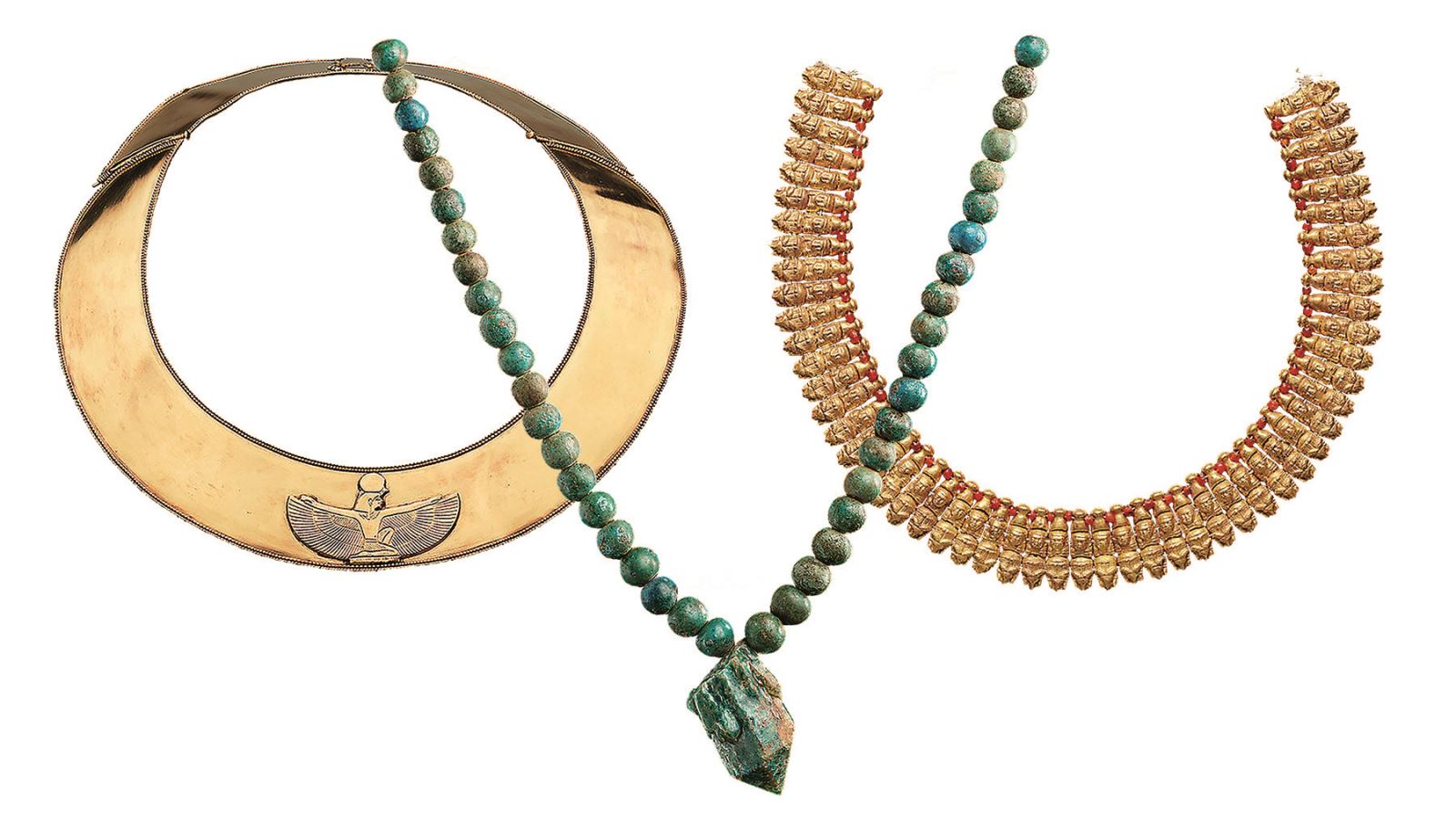 Not long after the Assyrian conquest, however, in 590 BCE, the Kushites quit Napata and moved their capital farther from Egypt, up the Nile to Meroë, between the river’s fifth and sixth cataracts. Meroë was already an important entrepot for gold, ebony and ivory to Egypt and increasingly also to Greece and Rome. By 300 CE Meroë had become known as one of the wealthiest cities of the period, and one of the most beautiful, and its temple to Amun Ra rivaled the one at Jebel Barkal. It was also known for the abundance of steep-sided pyramids that dominated its cemeteries and that remain its most distinctive sight today.

Although damaged in the 19th century by tomb robbers—notably the Italian Giuseppe Ferlini, whose spectacular loot remains on display in Munich and Berlin—the pyramids of Meroë and other Nubian sites were still largely intact when American archeologist George Reisner arrived in 1907. He came at the request of the Sudanese government, which asked him to salvage as much as he could before parts of the area were flooded by the first dam at Aswan. (In the 1960s the Aswan High Dam would flood more Nubian sites, as would the Meroë Dam in 2005.)

Reisner worked until 1913 when he was appointed director of the Harvard University-MFA  Egyptian Expedition, which conducted digs until 1932. “A satisfactory collection,” he called his results, which were divided between the National Museum of Sudan in Khartoum, and the MFA, which paid for the excavations. The objects found were, he said, “entirely the work of royal craftsmen and represent all that will ever be recovered of these classes of objects from this period of Ethiopian history.” 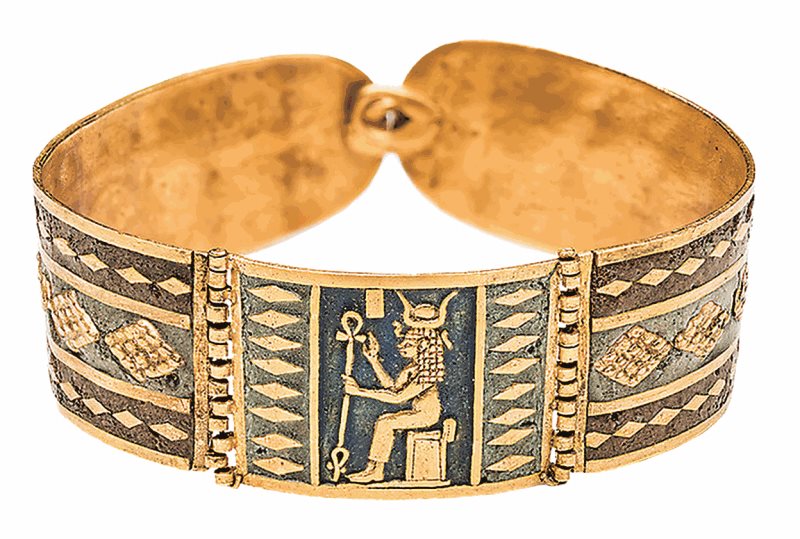 Though correct in assessing the quality of the artifacts, Reisner failed to imagine that much more would yet be found. More tellingly, however, was his belief that only the Egyptians could have been capable of producing such masterpieces. To Doxey, his error calling the works "Ethiopian," even as a leading expert of his time, speaks to how little known, and even misunderstood, the story of Nubia has been.

“Reisner certainly got wrong this idea that the Nubians were never able to create any wonderful art or important monuments on their own,” she says.

More recent archeologists, benefiting from new finds, new scholarship and new insights, are casting new light on Nubia and Kushite culture. One of their most important finds came in 2003, when Swiss archeologist Charles Bonnet uncovered seven statues, finely sculpted from black granite, each more than two meters tall. One of them depicts Piye’s son Taharqa and another Taharqa’s successor, Tantamani. In 2008 Stuart Tyson Smith discovered a horse tomb that predates those of Piye by 200 years, suggesting that Piye was not the first Nubian to so honor his horses.

At present, archeologists are conducting more than a dozen excavations in Sudan, and as they labor, stories of Nubia continue to be revealed. 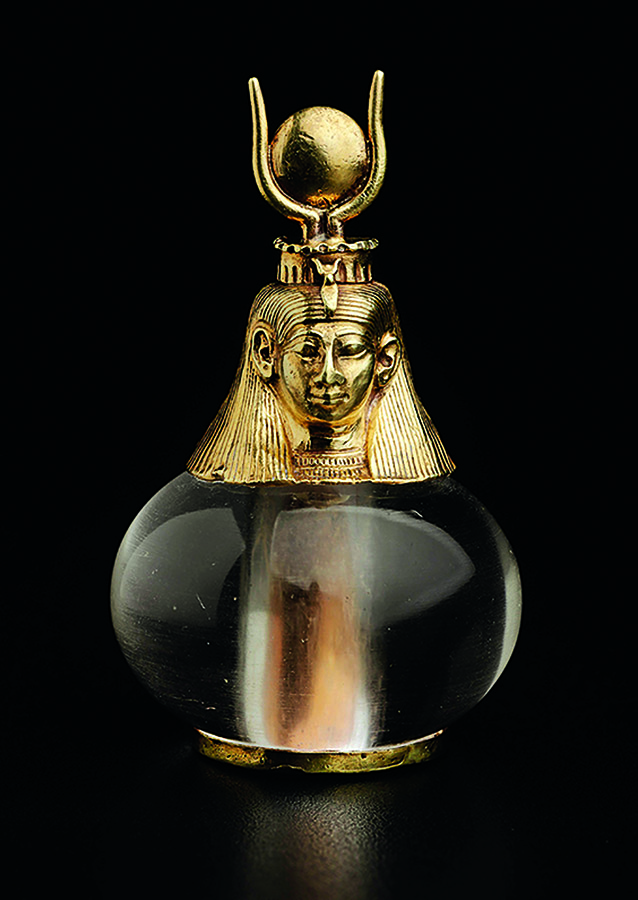 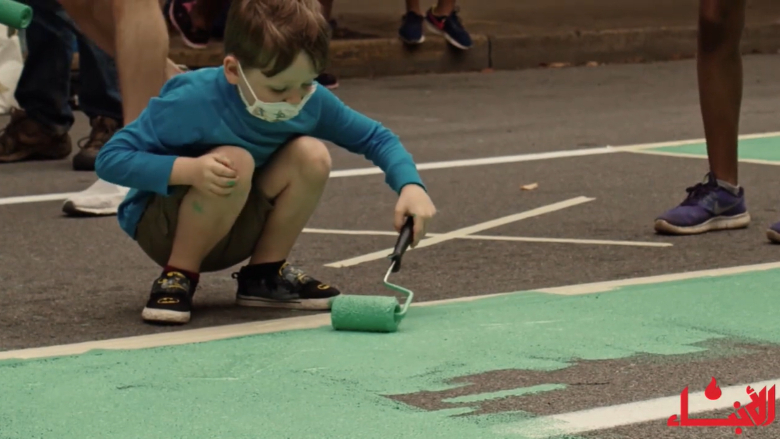 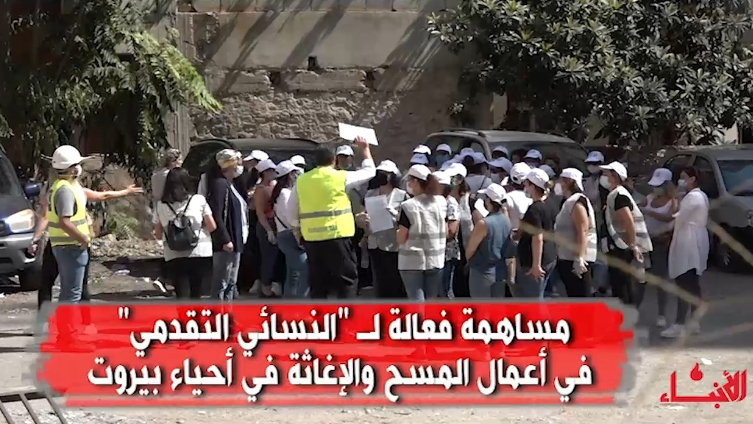 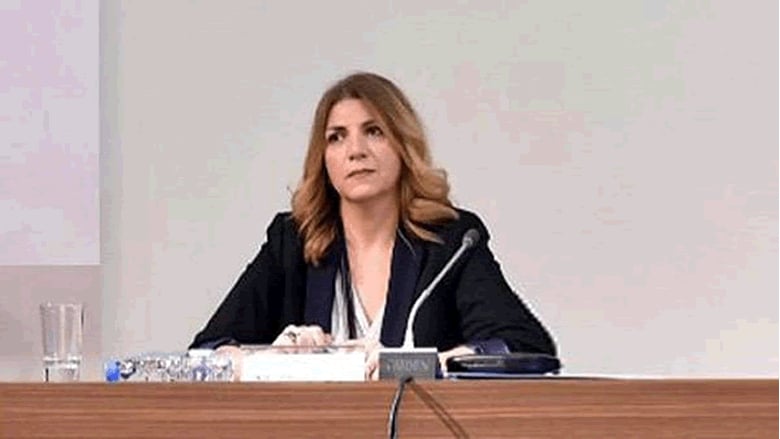