The Gangs of Damascus 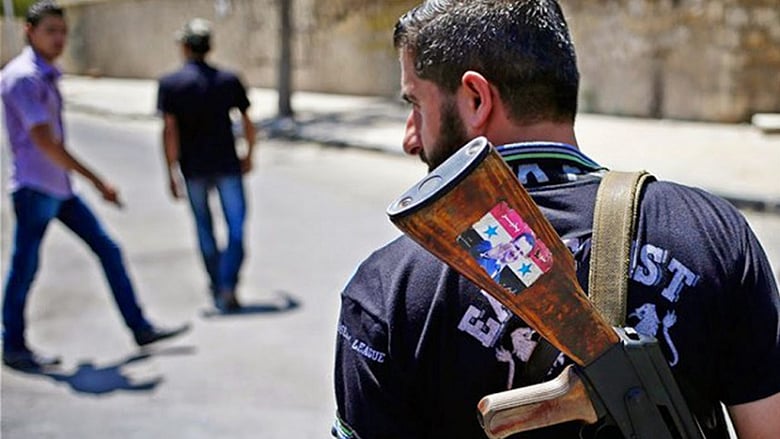 Syria For months, the country's most powerful clans have had a bitter feud - the Assads against the Makhloufs. It's about power and money and the question: how stable is the regime?

The hash came in milk cartons, four tons in total, carefully packed in 19,000 individual Tetra Paks. Customs officers discovered the goods on a ship in the Egyptian port of Port Said in mid-April. The cargo came from Syria and should probably be transported to Libya, the next civil war country.

It is not the first time that drugs from Syrian production have appeared in a port in the region. Cases are piling up: Investigators confiscated several loads of amphetamine pills in Dubai, most recently in January; In Saudi Arabia, customs officers found 45 million Captagon tablets at the end of April, probably from Syrian laboratories. The goods were mostly hidden in packaging for mate tea from a Syrian company with connections to the Assad family.

The ships always came from Latakia, the Syrian Mediterranean city whose port Iran leased last autumn. The drug finds show how desperate the Bashar al-Assad Syrian regime and its allies in Tehran are looking for sources of income. The country is almost broke. According to the United Nations, 80 percent of people live in poverty; the gross domestic product has dropped to a quarter of the pre-war level. The currency is falling faster and faster, prices are rising, but wages are hardly. Iran cannot help, Russia no longer wants to pay.

The trade in drugs is one of the few remaining opportunities to come to foreign exchange. Hezbollah, Iran's bridgehead in Lebanon, conquered the Syrian city of Kusair and the surrounding area as early as 2013 and declared the region a restricted area. The militia built dozens of small amphetamine manufacturing facilities known as Captagon. At the same time, the group pushed cannabis cultivation.

According to several sources, Maher al-Assad, Bashar's younger brother and commander of the 4th division of the Syrian army, took over the security of Kusair and the transport routes to the port in Latakia on the Mediterranean. Maher al-Assad's force is one of two still reasonably combatable units of the desolate Syrian army. And: It belongs to the Iranian faction within the armed forces.

The corporate consortium of the Syrian entrepreneur and billionaire Rami Makhlouf, a cousin of the dictator, is responsible for camouflage and export. The four tons of hashish that appeared in Egypt were packaged in boxes from the Milkman company owned by Makhlouf. He denies the allegations.

To the outside world, Assad almost won the nine-year campaign against his people, albeit at the cost of the extensive destruction of Syria. On the inside, however, the continued terror and the economic crash of the country are undermining his rule - the struggle for money and power escalates in the close circle of Assad's family.

In the center of the two clans are Bashar al-Assad and Rami Makhlouf, of the dictator and the entrepreneur. The argument is so heated because the groups are related but don't particularly like each other. They complemented each other as long as there was enough to loot. That is over now.

Now the richest man in Syria is publicly attacking the most powerful. On April 30, and again days later, Rami Makhlouf published two videos on Facebook, in which the tycoon complained bitterly: Claims by the tax authorities that he was supposed to pay the equivalent of around $ 100 million had been "manipulated" by sinister ranks. He was also outraged that his employees would now be arrested by intelligence officers. This was "a violation of laws and the constitution", and that, which was "the biggest sponsor of the security apparatus during the war": "Mr. President, do not allow it!"

Rami Makhlouf, of all people, ridiculed Syrians, "Rami, al-Harami", the criminal, his nickname for years. At the start of the uprising, he was the richest man in Syria, estimated at $ 5 billion, who booted out all his competitors or had him jailed. He controlled the highly profitable mobile phone company SyriaTel. He owns construction and oil companies, and shares in almost everything that is worthwhile.

Assad's problem is that his family's rule has been based on the Alawite religious minority for five decades, although around three quarters of the population were Sunnis before the war. Bashar al-Assad's mother Anisa, who married Hafis al-Assad, the founder of the dynasty in 1957, also came from the powerful Alawite family of Makhloufs. She and her family saw with disapproval that Bashar al-Assad married the Sunni banker Asma al-Akhras in 2000, whom he had met in London. In the Alawite homeland around the city of Latakia, many people wore black that day.

Baschar's mother Anisa thought that a presidential wife should remain a housewife - but Asma is a glamorous lady who also speaks English better than her husband. Asma's feud with Rami Makhlouf, however, has primarily economic reasons. Both founded charities that have become one of the last ways to get UN aid since the beginning of international sanctions.

From 2011, Makhlouf had supplemented his charitable “Bustan” foundation with an armed arm, whose up to 20,000 militia officers mowed down their own countrymen. Until Assad took action against the private army last fall. After an assassination attempt on the Bustan commander, arson attacks on their vehicle fleet and dozens of arrests, the Foundation fell silent.

Now Asma is reportedly preparing to take over Makhlouf's crown jewel: As early as autumn, the telecom authority announced that a new mobile phone company would soon take over existing networks. The company, according to an unnamed source, should be called "Ematel" and belong to Asma al-Assad.

Rami Makhlouf videos are dangerous , no mortal would survive something like that Assad's kingdom. But it could show that the majesty insults via Facebook prove to be a life-supporting measure in the end. For Makhlouf, the usual departure from disgraced grandees in Assad's empire is now ruled out: official suicide with several bullets in the back of the head. Nobody would believe in suicide after these videos.

In any case, Makhlouf continues to reside in his property in Jaafur near Damascus. However, his videos have not led to an uprising by Alawi loyalists or the thousands that have been on Makhlouf's payroll so far.

A member of one of the most powerful oligarch families in Damascus, who uses encrypted communication channels every few weeks, sees the drama of the two cousins as a secondary scene: »What are they supposed to do? If Rami lets his followers march against Damascus, everyone will perish. «Apart from that, someone whose sons present themselves on Instagram with the Villa and Ferrari collection is not too popular with impoverished Alawites who might be happy if they were fed up.

The decisive factor, the man from Damascus continues, is another drama. Rami Makhlouf also plays a key role in this, only in a different family constellation. This is about the gigantic drug business, where deliveries have blown up so suspiciously lately. Makhlouf is not the goal, but his Iranian partner.

The whole thing is a clever castling: Moscow has had enough of the Syrian regime and its insubordination. »Russia wants to consolidate, finally wants a peace agreement so that the billions flow from abroad for reconstruction. But the Iranians have to get out of it. ”Because they wanted to continue using Syria as a threat against Israel.

Moscow would not attack the Iranian-controlled units militarily, but would seek a more elegant way. It wants to deprive its Tehran allies tumbling on the verge of ruin from Syrian sources of income - including large-scale drug production.

For a long time the Russians apparently had nothing against the export of illegal goods. But that changed last year when they instructed Syrian investigators to investigate Maher al-Assad's right-hand man for drug dealing. A brigadier general and a mafioso were removed from circulation. It was, as Maher himself pointed out, his most important men. The president's brother was so angry that, in the middle of the Idlib offensive, he pulled out all the units under his command.

That was not well received in Moscow. Then Maher also stated that he no longer wanted to transfer foreign currency from the business of his 4th division to the central bank. This illustrates his lack of understanding of Russia's sudden entry. Why should the army suddenly no longer be part of a drug cartel?

Moscow basically has no objection to its vassals torturing, murdering or doing obscure business at home as long as they remain loyal. But if a dictator by Russia's grace is always ungrateful and obstructs the Kremlin's plans, that is different.

Russia is evidently in the process of showing the torture instruments to the drug trio from Rami Makhlouf, Maher al-Assad and Hezbollah. The blown-up deliveries are an indication of this, and that is also seen in Damascus, the oligarch relative continues: "The Russians want to shoot the Iranians business." it’s hardly a coincidence.

The subcontractors of the Kremlin, like the Stroitransgas group with contracts for phosphate mines, fertilizer production, the port of Tartus, gas and oil exploitation, have already put themselves in a perfect position to benefit from the reconstruction. But he would have to start soon: "The Russians are running out of time." What he heard at the dinners of the minions and generals was the fear of an end to Russian patience on the big question of who should rule in the future: "You are there To give up Assad. You just don't know how. ”

In any case, that would make sense of the drastic criticism of the regime that has recently come from various Moscow sources. It started in April with articles in Russian media about rampant corruption and an alleged poll among Syrians that only 32 percent would vote for Assad in the next election. Then the state news agency Tass commented that Assad was "not only unable to govern", but would "plunge Moscow into an Afghan scenario."

The newspaper "Gosnovosti" wrote that Assad had David Hockney's pop art painting "The Splash" auctioned at Sotheby's for the equivalent of more than 26 million euros - to give it to Asma. While his people are starving and Russia is to wage war for Assad.

The fact that the painting history was probably a fake makes things even more interesting: even Moscow's troll apparatus is directed against Assad, who was otherwise always labeled as a "legitimate president". One can interpret the criticism as a warning - or as preparation for the Russian and Syrian public that the "legitimate president" might not be president one morning.

Something is shifting in the international fabric on which Assad's fate depends. Israel has carried out six airstrikes against Iranian positions in Syria since April, apparently with the green light from Moscow. The S-300 and S-400 batteries operated by Russian military, Syria's most modern air defense, have not fired a single missile at the jets that are coming in more and more often. Washington's Syrian commissioner, James Jeffrey, said in a U.S. State Department briefing: "Getting Russia out of Syria has never been our goal."

In Damascus, the rows are closed. The palace released an apparatchik from the chain that was allowed to speak out publicly against the allies: if Moscow put further pressure on Assad, it could unleash a war against the "Russian occupiers", which "will forever remove Putin's name from Russian history" will.

In the family circle, Maher al-Assad also hurries to distance himself from his cousin and smuggling partner Rami. But how close the two were, at least temporarily, was revealed by the version history of the Facebook account in which Rami launched his billing: he had taken over the account from Maher. 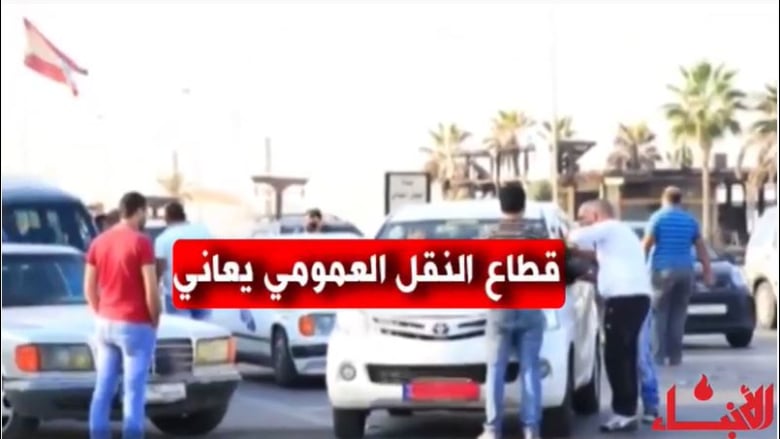 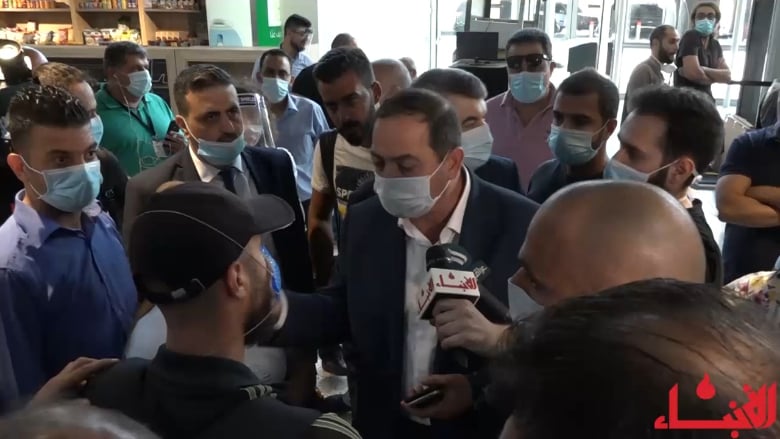