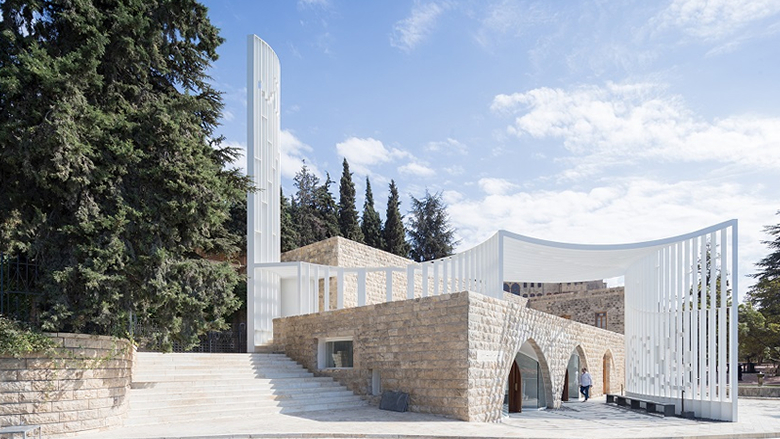 Passersby rarely stop outside the Cambridge Central Mosque without going inside for a closer look. “Someone always comes out to invite you in,” says Julia Barfield, whose firm Marks Barfield Architects won a competition to design the £23 million ($28 million) mosque back in 2009. “At the time we asked ourselves the question, what should a British mosque be in the 21st century?” The answer, it turns out, is ultra-modern with a touch of tradition. “We were keen for it not to be a pastiche,” said Barfield, who visited mosques in Rome and Cordoba in Spain before drawing up plans.

The finished product marks a major departure for worshippers in the UK, tapping into a global trend towards high-tech, eco-friendly designs that are pioneering a new generation of mosques to accommodate the world’s fastest-growing faith. During Ramadan, over 1,000 people a night attended prayers at Cambridge Central Mosque and during Eid it took three sittings to accommodate worshippers who traveled in. “There is a lot of curiosity about the new building; on weekends at least half of the visitors are non-Muslims,” said Dr. Timothy Winter, chair of the Cambridge Mosque Trust.

Recent years have seen mosque designers drawing more on Islam’s in-built environmentalism, which promotes human stewardship of the planet. In Morocco and Jordan, it’s now common to see solar panels on mosque roofs and across the UAE eco retrofits are bringing spiritual structures up to date with current guidelines. New builds are going further, combining state-of-the-art designs with sustainable building practices. A study by Deloitte placed GCC countries at the forefront of smart and green-mosque solutions, citing reports that Saudi Arabia has plans to develop 90,000 eco-friendly mosques. “There is a demand for new prayer spaces…a lot of people want to innovate,” said Nicholas Sterling of Spans Associates, which entered a recent competition by Emaar Development to design an “iconic mosque” at Dubai Creek Harbor. 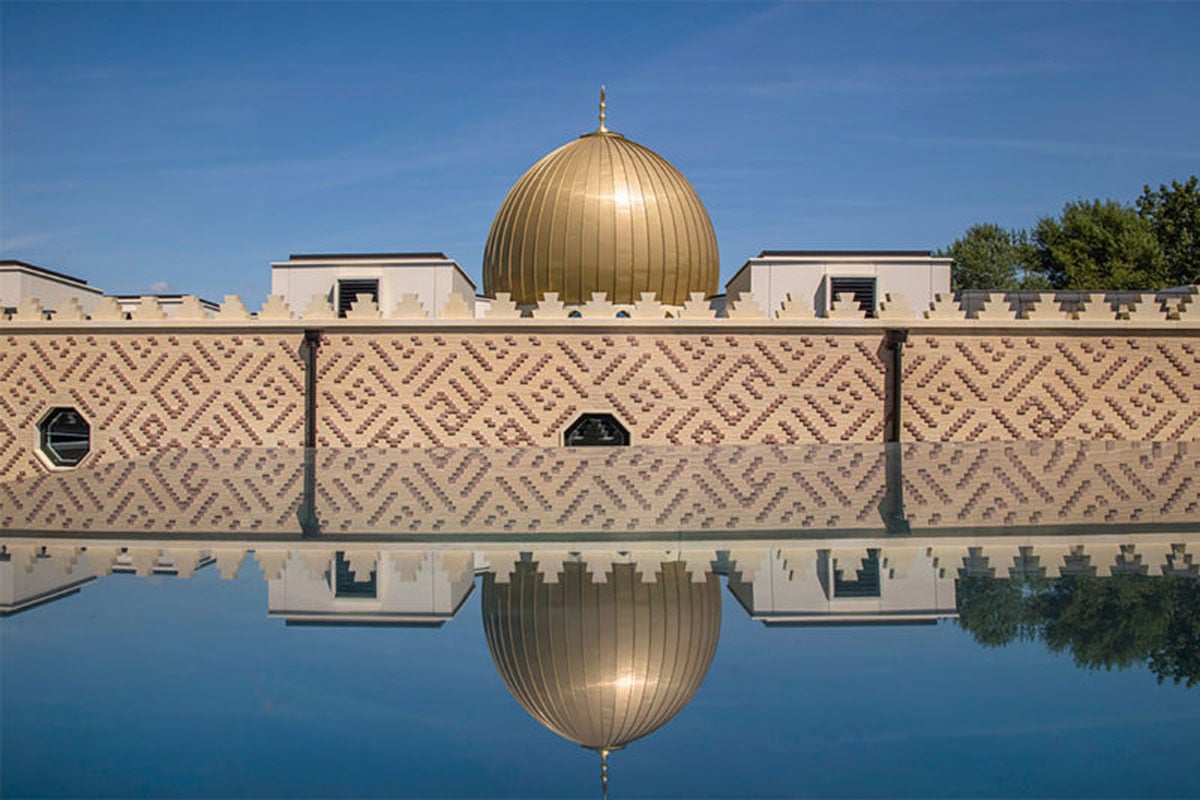 At the Cambridge Central Mosque, solar panels and water harvesting facilities have been combined with more unusual environmental solutions, including sustainably sourced timber tree structures that hold up the roof. These have been arranged according to geometric principles common in Islamic architecture, which represent the infinite nature of God. Above each is a glass oculus, bathing the interior in natural light and minimizing the need to use electricity during the day. A natural ventilation system maintains the air flow and air source heat pumps balance the temperature inside.

Architectural styles from across the Islamic world have been combined with inspiration found closer to home, including the English fan vaulting seen in Kings College Chapel, Cambridge. The customary features of mosque design, including ablution facilities, orientation toward Mecca and separation of genders, are all in place. “There are no liturgical surprises or scandals. Once people have got over their initial amazement at seeing such an unusually conceived building they settle down and feel at home here,” Winter added.

It’s also aiming to be one of the most female-friendly mosques in the country, with the main prayer hall accessible to both genders as well as a separate area for women to accommodate different cultural traditions. A variation on this theme is seen in the upcoming Al Dana mosque in Abu Dhabi, which foregrounds gender equality via equal-sized prayer halls for men and women, instead of the smaller annex often set aside for female worshippers.

Elsewhere, tradition and innovation have been contrasted to startlingly beautiful effect. In Moukhtara, Lebanon, a contemporary steel mosque has been grafted onto an 18th century palace, creating a space that interprets Islamic design principles for contemporary societies. The white metal frame was shipped in three parts and installed on site in just 48 hours. “Outside, a new civic plaza has been created, opening the site to Lebanon’s diverse communities,” explained Makram El-Kadi of L.E.FT Architects, the company behind Moukhtara’s Amir Shakib Arslan Mosque. In a country where religious divisions run deep, this is a design that “speaks to all denominations,” he said, and highlights the role architecture can play in addressing the social and environmental challenges facing modern societies. 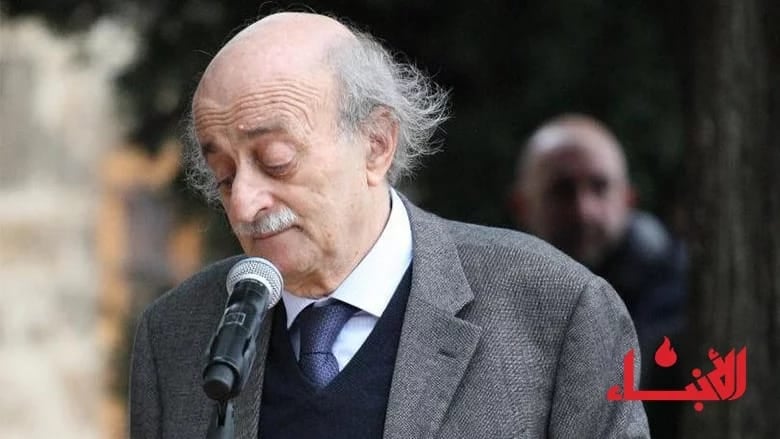 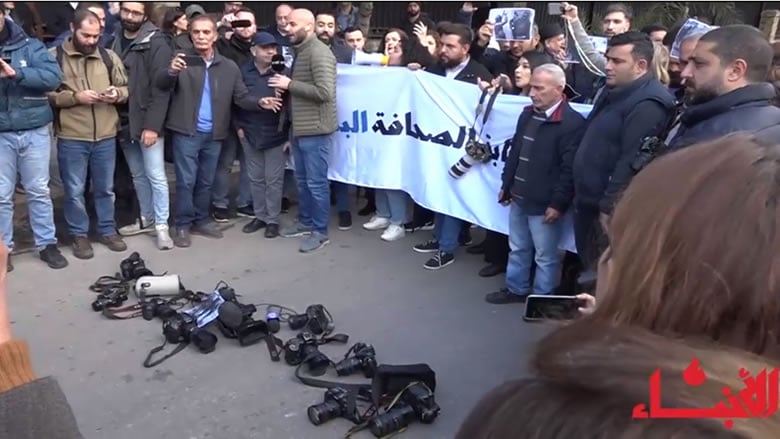 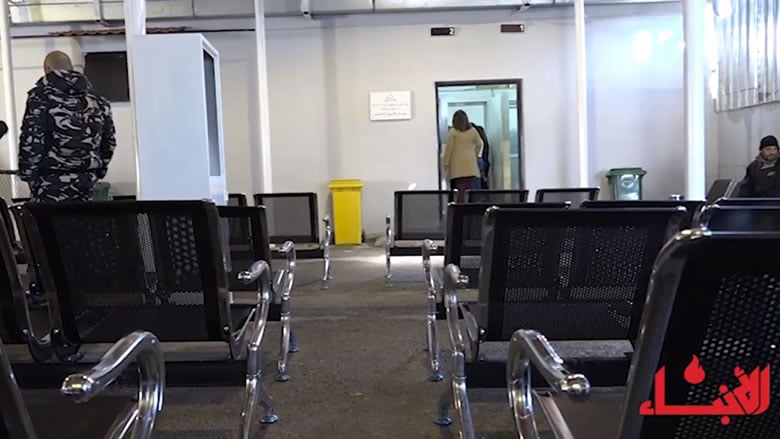