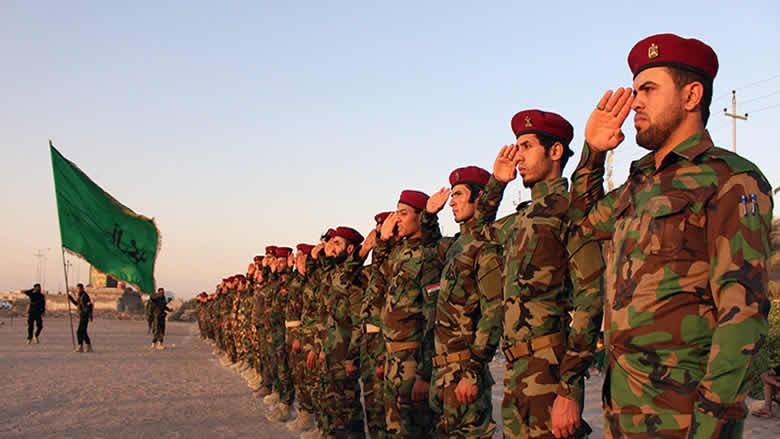 Defense sectors in several Arab countries have undergone significant transformation as a result of the armed insurrections and civil wars, external interventions, and paralysis of political systems that have incapacitated their central states. In Iraq, Lebanon, Libya1, Syria, and Yemen, mixes of regular, national armed forces – or their fragments and remnants – and armed non-state actors – including state-sponsored militias or others that have acquired quasi-official status – are increasingly engaged in complex patterns of de-confliction, coexistence, and cooperation embedded within a wider context of persistent competition among them and of geopolitical rivalry between an array of external backers. A direct consequence has been the hybridization of security governance in these counties, leaving them with forms of sovereignty that are both constrained and constantly contested.

For decades, the hybridization of security structures was a deliberate strategy in this group of Arab countries, where counterbalancing national armed forces with parallel military and security structures was a coup-proofing and regime maintenance device. Lebanon was the sole exception, but even there government authorities discreetly tolerated the creeping weaponization of its sectarian political forces that was briefly rehearsed in the 1958 civil war and then intensified from the late 1960s onwards, as a major non-state armed actor, the Palestine Liberation Organization, wrested an official sanctuary.

But whereas security hybridization in the late 20th century was mostly a top-down affair, the decline of state capacity, erosion of social contract, and challenges to national identity have given rise to a reverse phenomenon. Amidst state fracture and deepening financial crisis, incumbent political elites have been unable to block the emergence of informal security providers and other non-state armed actors, or else actively encouraged their rise in order to outsource the burden of security to them. This has been more of a bottom-up process as national armed forces have lost internal cohesion or fragmented outright, while diverse armed actors have become integral to security arrangements that for the most part remain informal and yet have acquired the status of quasi-formal thanks to de facto legitimation by state authorities.

The trend is anchored in developments well before the 21st century. In Iraq under internationals sanctions in 1990-2003, the regime of Saddam Hussein devolved responsibility for security to clans and other social forces, while that of Libya’s Muammar Qadhafi responded to the jihadist challenge of the 1990s and later U.S.-led sanctions by sidelining the army and privileging a parallel structure of “security battalions” and other agencies. In Syria, Hafez al-Assad moved resolutely in the 1980s to disband the regime maintenance forces that his brother Rifaat had set up – the “Defense Companies” and “Struggle Companies” – only a few years after crushing the Muslim Brotherhood’s attempt at armed insurrection, but the entrenched corruption and growing rapaciousness. This entangled the armed forces and security agencies with criminal economic actors embedded in cross-border black markets, undermining security governance and setting the stage for its subsequent acute hybridization. Weaker states and more pluralist, quota-based political systems in Yemen and Lebanon adopted a different approach typical of “limited access orders,”2 tolerating and at times delegating security responsibility in ways that diluted the very notion of the state; this went through different phases, with the transmutation of Lebanon’s civil war militias into post-1989 government actors and periodic realignments with and against northern, southern, tribal, and jihadist armed forces and non-state armed groups under Yemen’s Ali Abdullah al-Saleh from 1990 onwards.

However, security hybridization has undergone a turning point as the accentuation of state fracture in the early 21st century – and accompanying shifts in power relations between domestic political and social forces – converged with the intensification of geopolitical struggles between regional and international actors. Every one of the Arab countries mentioned here has experienced inter-state as well as intra-state armed conflict, fusing both forms and confusing roles and distinctions between the provision of external defense and of internal security and domestic public order. And in each case, the national armed forces – or their fragments and remnants – as well as their non-state counterparts – whether those of many years standing or new ones – have become even more significant vectors of foreign influence.

This highly complex, interactive environment has transformed security governance – that is, the nexus of authority that security providers acknowledge and to which citizens resort – in three novel ways.

First, rival claimants to government authority construct unfamiliar military-security coalitions comprising parts of official state agencies and nonstate actors, to confront the similarly-composed coalitions opposing them. They confer legitimacy on non-state armed actors, whether as state-sponsored militias or as reconstituted official defense and security sectors. Fragments of the former national armed forces have fought as parts of these composites on all sides of the civil wars in Iraq, Libya, Syria, and Yemen (as they did in Lebanon in 1975-1990), and in the process journeyed from being regarded as part of internationally-recognized structures to being designated as rebels, and then back.

Examples abound. Regular army units, US-trained counter-terrorism units, Shia and non-Shia “popular mobilization” militias, tribal levies, and (rival) Kurdish Pesh Merga have fought alongside each other while pursuing rival agendas and governance models in Iraq. The regular armed forces and security agencies split both ways in 2011 in Libya, where former General Khalifah Haftar has donned the mantle of commander of the Libyan National Army against the internationally-recognized government in Tripoli, which is hostage to its own counter-alliance of local militias. Syria’s civil war has been waged by opposition armed groups stiffened by army defectors and bolstered by professional training offered by external powers, against a government that subcontracted much of the fighting to loyalist militias it created and foreign non-state groups mobilized by its own external allies, who inserted their own personnel into the Syrian military and security structure for good measure. And in Yemen, the internationally-recognized of Mansour Hadi tenuously oversees a new official defense sector conjured out of Southern militias with secessionist tendencies, while tentatively welcoming regular army units that previously fought alongside the northern Houthi rebels back to its fold. Lebanon is the outlier, and yet competitive sectarian-partisan penetration of the armed forces has reached unprecedented levels even as they have attained greater professional capacity.

The second novel pattern is the marked fluidity of these alignments, whether among armed actors or between them and the political elites wielding government authority (however nominal that may be). In part, this is because most of these armed actors do not concern themselves with actual governance, in the sense of providing public services such as health care, education, or justice. They leave these functions, which denote state-ness, to whatever they regard as a legitimate government, even when they simultaneously undermine them.

Again, examples abound. Iraq boasts the Kurdish Regional Government in Erbil, federal government in Baghdad, and Islamic State in Mosul (until 2017); Libya the Presidency Council, Government of National Accord, and House of Representatives in Tripoli and Tobruk; Syria the central government in Damascus and rival opposition Provisional Government, Kurdish-led Syrian Democratic Council, and jihadi National Salvation Front in various parts of northern Syria; and Yemen the Houthi-Saleh alliance in Sanaa (to 2017), Hadi government in Aden, and quasi-autonomous Ma’rib governorate. The issue is not so much to determine who the “true” or “real” government is, as that each claims the right to confer legitimacy on whatever military coalition it deems to be the official state defense or security sector, which it may have brought into being or been compelled to accept.

Third, the fluidity of political alignments that constitute (and reconstitute) governments (and quasi-governments) and their corresponding military-security structures is a function of the extensive involvement of external powers. Weak states that delegate or relinquish the provision of defense and security to sub-state actors offer an entry point for interventions that serve wider geopolitical agendas, without resolving the fractures that led to these outcomes in the first place. Rather than reverse hybridization of security structures and governance, regional and international powers are making it permanent.

These competitive dynamics make conventional Western approaches to Disarmament, Demobilization and Reintegration (DDR), and even its more community-focused “Second Generation” form, both inapplicable and irrelevant. Although many countries worldwide have institutionalized security hybridity,3 geopolitical rivalry between the intervening foreign governments – and the domestic counter-balancing this prompts – impedes adopting hybridity as an alternative means of resolving security dilemmas and enabling political settlements in the Arab countries discussed here. If evidence were needed, then it is easily found in the bitter contention over the status of the various Popular Mobilization Units in Iraq and Hezbullah in Lebanon, the abortive attempt to form the parallel Libya Shields force in Libya, rival force-building by Russia, Iran, and the U.S. in Syria, and two phases of counter-productive military restructuring by Gulf Cooperation Council states in Yemen since 2011.

These Arab countries experience constrained sovereignty – for all their claims to the contrary – but what is especially damaging is that it is constantly contested as well, as the external actors constraining their sovereignty are in direct competition. The hybridity of their defense and security structures, and of their governance, cannot be resolved or normalized until this vicious circle is broken. 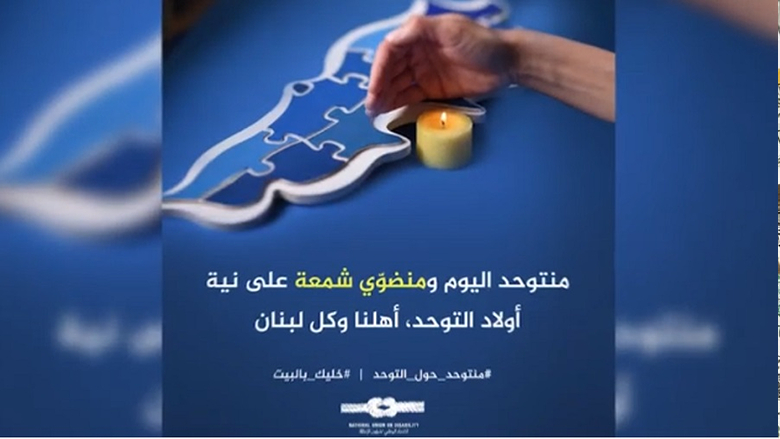 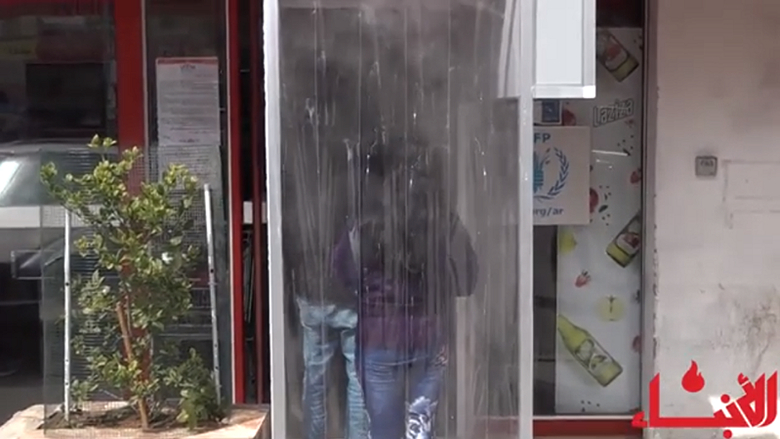 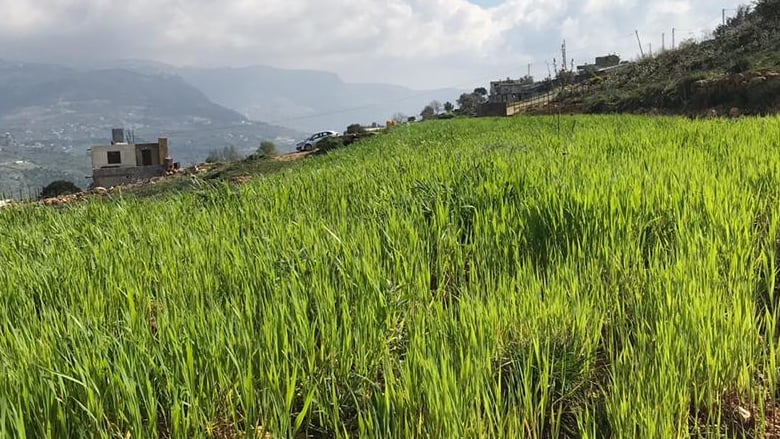