Does biology determine destiny and are women so very different in every respect; intellectually, emotionally and even in terms of their social relationships and career? We are living in the 21st century and still many people look at the woman in business as a “woman in business” not as a “person in business”. People still have the same ideology and stereotypes about women: “How can a woman be a leader? What does a woman have to do in this sector? Shouldn’t any woman’s real place be in her husband’s house, taking care of her children, cooking and cleaning?” They even say: “We don’t trust women in business, it’s not their proper place and they cannot handle such responsibilities because they’re weak and emotional”. However, the core or the bulge of the problem is not here, but in the way that parents are raising their daughters. They teach them to be successful but not too successful, that women are born to be married and controlled by their husbands, that a woman can only be in her home inside its four walls and they’re not allowed to have a sneak peek to discover what a real big world is there outside. What are parents really teaching their daughters about the real world? Why don’t they believe in their abilities? Girls are being limited from entering the “world” of business, and the reason I call it a “world” is that it’s a first step in the thousands miles journey to a “world” of gender equality. The aim of this article is to highlight on the problems women are facing in the business sector and inspect some important solutions.

Workplace gender equality is achieved when people are able to access and enjoy the same rewards, resources and opportunities regardless of gender. Despite decades of progressive efforts, there’s still gender inequality in the workplace. This is one of the leading topics in the modern business world, so it’s really essential for any business to understand all current laws and provide equal treatment to staff members. What is usually meant by an equal treatment is that there is an equal pay and benefits for comparable roles, an equal consideration of needs, and equal opportunities in promotion and progression. According to the Organization for Economic Co-operation and Development (OECD), in spite of women’s gains in society and the labor market, women are much less likely to study in lucrative fields; are still less likely than men to engage in paid work or to work full time; tend to be in lower-paid sectors and occupations; are less likely to reach management and executive levels; earn less than men on average and remain underrepresented in politics (OECD). Apart from the traditional gendered division of labor, lower representation of women in the labor force has many other single or overlapping determinants, such as:

·       a reluctance by women to enter paid work because of their preferences for unpaid care work (looking after children or incapacitated adults and home);
·       lower educational attainments and biases in women’s education;
·       prejudices about the employment of women based on their supposed innate work inabilities;
·        insufficient infrastructure to combine work with family duties;
·       and importantly cultural prejudices
The promotion of gender equality is based on three primary reasons. The first reason is based on human rights, which prohibit all kinds of discrimination between women and men (ILO) since all women and men are human, treating them differently is discrimination, and equal principles in labor standards protect the rights of women and men. Also, having women and men in the workplace is natural (ILO), because societies are comprised of both genders, which should be reflected in the workplace. Thus, women and men should be governed rules that require equality in the workplace.
Some solutions to attain gender equality in business are:

·       Providing equal hiring, advancement, promotion and development opportunities for women.
·       Including gender equality and gender mainstreaming in the core of organizations’ values
·        Introducing gender equality policies
·        Continuous monitoring and addressing of barriers that women face during their careers, including the institution of whistle-blowers, for example, the management of the Bank of Palestine has clear whistle-blowing procedures to encourage both male and female employees to report harassment or discrimination against women within the workplace and in a safe environment (UN Women).
·       Recognizing and rewarding good gender equality examples
·        Setting up empowerment activities for women—developing a talent database; identifying women eligible for promotion; mentoring, coaching (especially executive coaching) and sponsorship of women; establishing employee resource groups (women networks); exposing women to problematics needed for advancement (experience opportunities); targeted management development programs; top management support for problems encountered by women.
·        Introducing gender diversity awareness programs to males, like the mechanism launched by the Mansour Group to discuss sexual and verbal harassment, abuse, or corruption and provide empowerment training for female employees.(UN Women)
·       Collecting and analyzing gender data
·        Promoting female role models
·        Establishing work-life balance policies for both genders
·       Installing a ‘gender unit’—an organizational unit responsible for coordinating inclusion initiatives for women.
·       Leaders should set the tone by explicitly and clearly stating that sexual harassment is not tolerated and they must model appropriate behavior.

The argument is clear: an equal world is a better world for all of us. When equality grows, businesses are stronger and more successful, communities are healthier, economies rise, and the world is a better place for everyone. It’s time for all of us to acknowledge that gender equality should be fixed. Only when we eliminate our blind spots, a bigger picture comes into view, of the systems, cultures, norms and biases that must be addressed before our workplaces and world can be seen equal. Gender equality is essential for ensuring that men and women can contribute fully at home, at work and in public life, for the betterment of societies and economies at large (OECD).  Women shouldn’t be forced to choose between their career and family life. They can successfully manage both being successful professionals at work and devoted mothers at home at the same time. More and more, this balanced life seems to be a reality for highly educated working women. 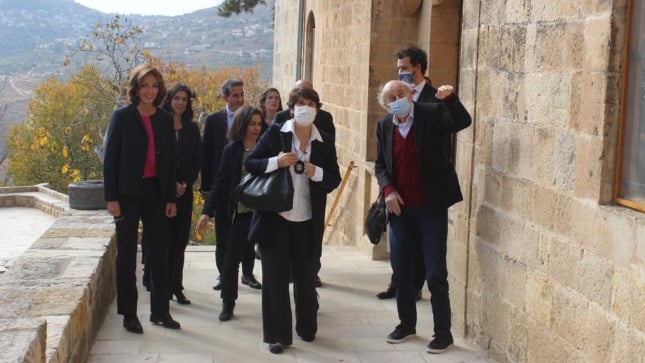